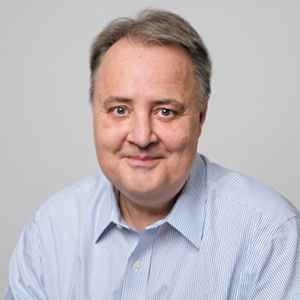 Our interview with CNBC

Over the last few months, I have been exchanging with Lorie Konish, a journalist of CNBC. From the questions that she was asking me, it seemed that Lorie wanted to get two things on the record. 1) Real people perspective on CBT, 2) her facts straight.

Why we did this

We get very little press. Usually, the press that we get is from different organizations or tax compliance companies that give their “expert opinions”. I am not complaining about the other organizations, but for some reason they often seem separated from the reality of our lives living under CBT and FATCA. Lorie’s approach was different. There is no doubt that I greatly value the opportunity to have had this discussion. I also suggested that Lorie speak with Laura Snyder and Jennifer Carlsen because I thought that they could represent our community well, and they did.

My personal feeling was that the article was a kind of new approach. I also think that the points that should have been made were met. It is normal that when you stick your head out that you will have critique. We had some typical comments from the homeland that tells us to “leave” (even though we already have), or that we should “stand up for our flag”. Those were to be expected.

Comments and notes to our commuity

The vast majority of the comments from our own community were positive. However, we had a few that were slightly critical to very critical of our efforts. Some second guessing that we didn’t say, “something”, or even getting more personal about us. We have to get our own community to support actions that individuals take. We need to encourage more of these actions, not less. Constructive critique is a good thing. Publicly humiliating someone who is trying to do their part in helping, even if they make a mistake, is damaging beyond their action. Unfortunately, I have seen this with others before. Someone writes a blog post with a slight mistake and someone else attacks them publicly for the very meaningless mistake.

It was important to all three of us to do something good for our movement so we can get Congress to stop this nightmare for all of us. But for the expats that want to be judgmental and try to show themselves as being better, I challenge YOU to do something. We are not any more “activist” than you. We are not paid for taking risk. There is nothing that we do that you cannot also do, especially if you feel that you can do it better. If you want to be helpful and give constructive critique, that is welcome.  As I have said before, be respectful and send a PM to the person.  I get this often and it is very welcome. We have several people who spend their time on the cruel treatment of US expats every day. Many of these people donate more time than I do. I, for one, am grateful to these people. Others accuse these people of “wasting their time”, even to the point of making fun of them. But the ones working are not wasting their time. The ones who are somehow great Monday morning quarterbacks are the ones wasting time. I believe that if we ever get these discriminatory laws and policies to change, it will be because of thousands of little efforts of thousands of people. All of us are activists. If you are not an activist, then stay out of the way. Get involved.