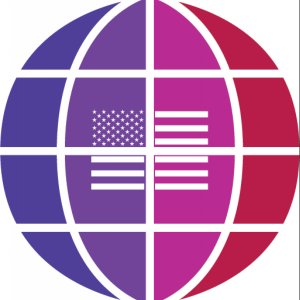 Republicans Overseas (RO) has launched an initiative to gain support for Territorial Taxation for Individuals (TTFI).

Territorial Taxation for Corporations was passed under the Tax Cuts and Jobs Act of 2017 (‘TCJA’). However, individuals were not included in that legislation.

We certainly support the effort of RO to address our taxation issues and would highly recommend that you sign the petition. However, we are still awaiting a Bill proposal for us to see. Once we see the legislation, we will be able to critique the legislation. Until then, only having a title of the Bill makes it difficult for us to blindly recommend the Bill.

Again, we do recommend that you sign the petition. We also recommend supporting RO in their efforts.

We would also highly welcome similar efforts from Democrats Abroad. Most optimally, we would be very supportive of bi-partisan efforts in addressing the issues of Americans abroad.

You can find the link to the petition here.

Please support the implementation of Territorial Taxation for Individuals by allowing members’ bills to be brought to the House and Senate and by encouraging Congress to vote for these bills. Furthermore, we urge you to support legislation exempting overseas Americans who own small businesses from having to pay the 15.5% excise tax.

The Tax Cuts and Jobs Act of 2017 (‘TCJA’) has brought reduced taxes and increased prosperity to businesses and individuals within the United States. However, it has created some serious, unintended consequences for the 9 million law-abiding Americans currently living overseas.

The US tax code now taxes businesses on a territorial basis, but continues to tax individuals on a citizenship basis, continuing the practice of double taxation of individuals, but also creating a dichotomy in American tax policy: the US has one type of taxation for businesses, but another for individuals.

One of the unintended consequences is the 15.5% excise tax on overseas historic earnings which impacts small businesses owned by overseas Americans. What is good for Apple may bankrupt a doctor, small importer, or sole proprietorship. Small businesses owned by overseas Americans have been especially hard hit, as FATCA legislation has caused overseas financial institutions to insulate themselves from risk and minimize the services offered to overseas Americans. Small businesses have suffered from their inability to secure loans or lines of credit and have used their retained earnings to self-finance their businesses’ growth. Requiring these businesses to pay the same excise tax on overseas historic earnings as the multi-national corporations would have the undesirable and unintended consequence of bankrupting these businesses and their American owners.

We urge you to support GOP members’ bills brought to you for the transition of the United States’ tax policy from citizenship-based taxation to Territorial Taxation for Individuals (‘TTFI’). TTFI is good for the United States and would continue the Congress’ drive to build American businesses and create jobs.

The United States is the only developed country that implements a system of citizenship-based taxation (‘CBT’) which requires overseas Americans to pay taxes to both their host country and to the United States.

Transitioning the United States to Territorial Taxation for Individuals would:

End discriminatory double taxation of law-abiding, overseas Americans.
Harmonize the United States’ tax codes so that individuals and corporations are taxed on the same basis.
Increase American exports. Overseas Americans are the best champions for American products and services.
Increase American jobs. Increased exports of American-produced products will lead to more American jobs.
Decrease the costs of overseas Americans to U.S. corporations. Overseas Americans cost 40% more than their foreign counterparts due to double taxation and regulation, which minimizes the ability of corporations to hire Americans and give them necessary exposure to global business.
Attract skilled immigration to the U.S. and support the RAISE ACT by removing serious tax implications for skilled immigrants’ foreign businesses and income.
End the discriminatory costs of tax compliance such as FATCA and FBAR filing for overseas Americans.
Make tax codes simpler for nine million overseas Americans.
Territorial Taxation for Individuals is about equality. TTFI not only removes CBT enforcement regimes such as FATCA and FBAR, but also protects 9 million overseas Americans’ constitutional rights such as the right to privacy, probable cause, no warrantless search, due process, and no unusual punishment.

Most of the tax cuts in the TCJA benefit stateside Americans. Implementing TTFI would offer overseas Americans the same tax reductions and benefits as their stateside counterparts while helping to create more jobs.

This article is also published as a forum topic here »